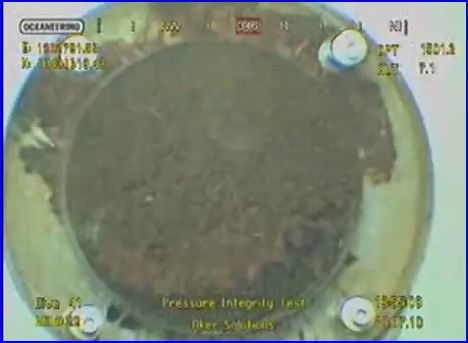 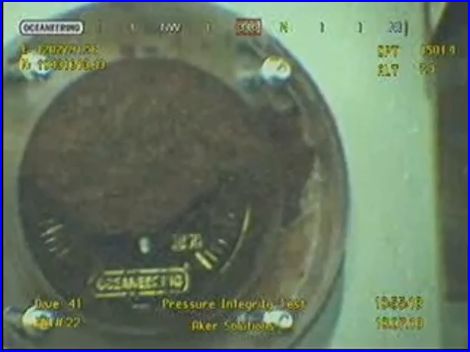 Where does it go ? 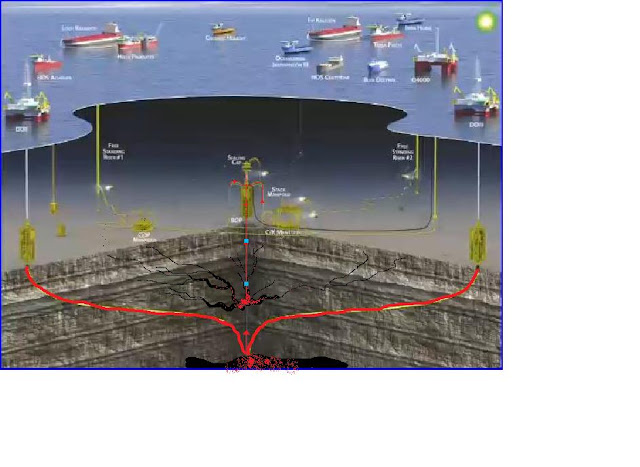 From MSNBC, a little BS spin, to start this post.

WASHINGTON — A study using two sensitive Gulf species shows that the chemical dispersant used by BP in the Gulf, when mixed with oil, was less toxic than the oil itself, the Environmental Protection Agency said Monday.

The test results were released as the Obama administration defended itself against assertions that officials allowed BP to use excessive amounts of dispersants.

The EPA said it tested eight available dispersants — including the one used by BP, known as Corexit 9500.
When mixed with oil, Corexit is also less toxic or no more toxic on the two Gulf species tested — a shrimp and a small fish — than other available chemicals that could be used as an alternative, the EPA stated. Juvenile shrimp and fish were used since they are more sensitive to chemicals than adults.

Anastas said he was surprised to learn that the mixture of dispersant and oil was about the same toxicity as the oil alone.

That result shows that use of the dispersant "seems to be a wise decision, and that the oil itself is the hazard that we're concerned about," Anastas said. He called the oil that spewed into the Gulf for nearly three months "Enemy No. 1."


When it really comes down to it, COREXIT’s molecular encapsulations of the oil could very easily contain common microbes found in seawater, which are also responsible for infections. This one in particular eats jet fuel and people. 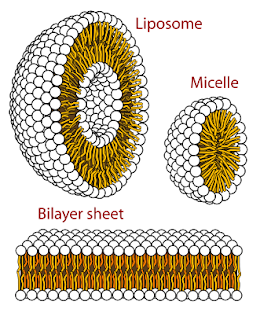 This could be a new vector for the transmission of microbes and viruses, prions, etc,.into living organisms.


Again, for me at least, I am very interested to know how long these micro-encapsulations last. The one formulation, of the one ingredient in the COREXIT products used in the Gulf, is the one they won’t reveal, for fear of revealing a horrendous secret.

It’s even possible, due to the nature of the “micelle” encapsulations, that were they to enter into a living organism, but remain intact for some unknown amount of time, embedded in tissues, before being destroyed and removed by immune systems, any microbes which have been inside them, effectively “dormant” will once again be released into the bloodstream of the organism, initiating infection again, likely systemic. There are a great number of different microbes and resulting infections that can occur, all you have to do is look up terms like "sea water infections  and microbes " , you'll find plenty of information.


Take into consideration of the size of a molecular encapsulation .

The microbes,.. their size ranges in microns also The smallest microbe known is mycoplasma(PPLO). It is 0.1micron in size.The bacteria are 1micron to few microns in size. The number of microbes may be infinite, because they multiply at a speedy rate. Usually, a single bacterium reproduces into two daughter bacteria in 20 minutes. So the process goes on . In a couple of days millions of bacteria are produced from a single bacterium.

Some recent pics from Gulf of Mexico swimmers, just a few, I don't want to gross you out....or me out. 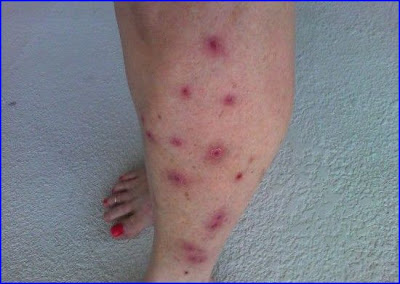 So let's just say, hypothetically , that one , or more, of these "micelles", encapsulations full of oil and bacteria, can invade the body through the skin.

They are formed out of what is called a sulfonic salt.

There are several varieties of salts. Salts that hydrolyze to produce hydroxide ions when dissolved in water are basic salts and salts that hydrolyze to produce hydronium ions in water are acid salts. Neutral salts are those that are neither acid nor basic salts. Zwitterions contain an anionic center and a cationic center in the same molecule but are not considered to be salts. Examples include amino acids, many metabolites, peptides and proteins.
I won't give a long winded post, here's the links if you want to know about COREXIT

" Sulfonic acids are a class of organic acids with the general formula RSO2-OH, where R is usually a hydrocarbon side chain.  Sulfonic acids are typically much stronger acids than their carboxylic equivalents, and have the unique tendency to bind to proteins and carbohydrates tightly; most "washable" dyes are sulfonic acids (or have the functional sulfonyl group in them) for this reason.  They are also used as catalysts and intermediates for a number of different products. Sulfonic acid salts (sulfanates) are important as detergents, and the antibacterial sulfa drugs are also sulfonic acid derivatives. 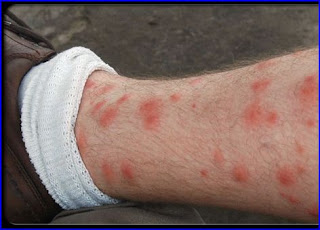 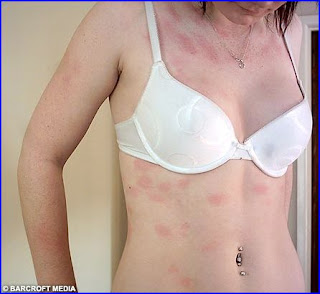 How much mud, and how long is the first undamaged casing length ?

I still think if they have problems with mud being lost to any leaks in the bore, they can apply Faraday waves into the fluid to prevent the structure of the mud from " breaking " the gelled structure it may have established as it settles. It would provide much higher surface friction throughout the structure of the mud, ie: the face friction. The face between the casing and the mud would overall exhibit a higher overall " grab " factor due to random shifting particle positioning , ie:average face-friction gradient. 13ppg mud can exhibit density and weight changes up to 15ppg in localized pockets, it's: the reason I have been writing about binary fluids, aside from a personal interest. Muds are /can be, binary fluids, Non-Newtonian fluids, Newtonian fluids, etc, etc,

If and when they get hydrostatic equalibrium in a certain section of the bore above the first damaged area, but the mud cannot exert enough face tension against the casing walls, then it will start to loosen and disseminate into the oil flow it is trying to compress. It will be lost into the same areas that any mud will be lost to. If they apply Faraday wave...they can make the mud " stick " to the casing more than it normally would. 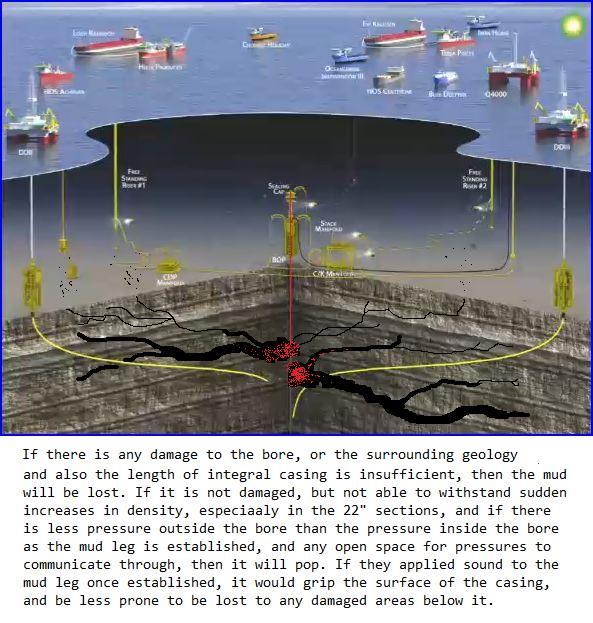 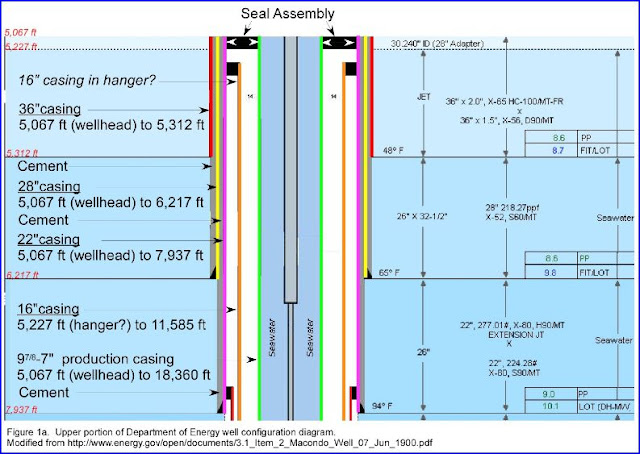 " Figure 1a (based on a government document) shows that the upper part of the well bore is protected by three strings of casing (36-, 28-, and 22-inch) and cement down to 7,937 feet (measured depth below sea level). A fourth string of 16-inch casing extends nearly from the well head to where it is cemented at 11,585 feet, but it is apparently hung inside the 22-inch casing at 5,227 feet, leaving a gap of 160 feet. The 16-inch pipe has a burst rating approximately equal to the current shut-in pressure of 6,900 psi (80% of rating), but the 22-inch pipe does not meet this standard. "

Drilling companies are required to "bake" any hydrogen in casing sections before reusing them in a drilling operation. It's standard. Otherwise the metal becomes embrittled. That's why I have been mentioning possible " stress cracking " as a possibility leading to a structural failure. Seeing all the sloppy practices from these guys come to light over the past 3 months...makes me wonder if they skipped this crucial step as well. I was asking about this 2 months ago at the Drum, but for some strange reason...they didn't know what I was talking about...even though it's common knowledge in the drilling industry.

I have my fingers crossed, But I think they can do it.